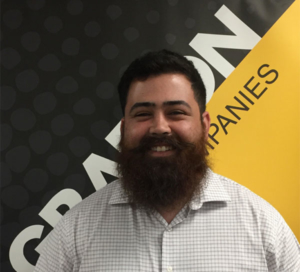 Making connections can lead to, and mean more than just knowing someone who you occasionally hang out with and grab a bite to eat. These connections can help you in trying times, as well as have other key benefits to your life. Aside from building great friendships, they can lead to finding a new job.

I noticed a friend of mine on social media had posted a picture of himself playing ice hockey. A sport I’ve been interested in, but never had the opportunity to play. So, when I spoke to him, he let me know he had joined a local Military Veteran’s Ice Hockey team, The Kansas City Warriors. This team is just a bunch of vets looking for connections with people who are in the same mindset as themselves.

I met Matt through my involvement with the KC Warriors. Matt was the coach of the team and a phenomenal guy. This guy brought together all these vets to have a support group, and every one enjoys hanging out together, on and off the ice. What Matt means to these teammates; I don’t know if he will ever know. 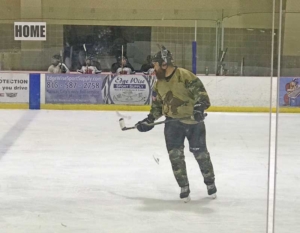 When I heard Matt was retiring from the Armed Services after a lengthy career, I had to reach out to let him know what my job was, and that I could possibly help him. Matt had been interviewing but wasn’t getting the opportunities or respect he deserved, because he doesn’t have a degree. Matt had real world experience, something that a college couldn’t give him. After speaking in length with Matt about his accomplishments, and service to our country, I realized I had a perfect position for him. We submitted his resume to a company that likes to employ veterans. They wanted to interview him immediately. Matt would go on to knock this interview out of the park. With his skill set, and personality, he blended in perfectly and was offered the position.

I’ve always been taught, “It’s not what you know, it’s who you know.” As I have gotten older, I learned this applies more than I would of thought. There are so many things I would never have known about, without a lot of time and energy searching for it. Somethings, like with hockey, I didn’t even know I wanted to play until I saw a social media post from a friend.

So, next time you meet someone, first impressions matter, and what you do for someone won’t go unnoticed. 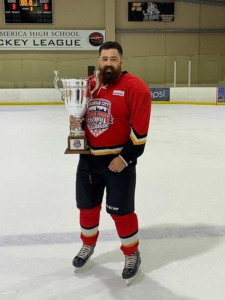 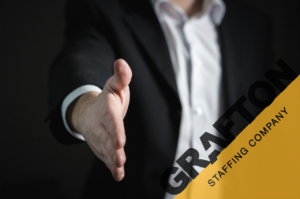 “Is this a contract to hire position? I don’t want to be a temp!”

If you’re a recruiter, you hear this on a daily basis. Maybe not verbatim, but some of the most skilled individuals you talk to have the mindset that a contract to hire position leaves them in a vulnerable position for the sake of their future.

In reality, a contract to hire position gives the employee the opportunity to show their new employer what they are truly capable of doing.

At Grafton, we are usually looking to fill full-time jobs for our customers.

The majority of our employees are being considered for a full time position… but the engagement is a dating period. 90 days is a common probation period. Just about every employer has a probation period, whether you get a job directly with them or through placement with Grafton.

We’ve definitely had times when a candidate will accept a contract to hire opportunity… and at the end of the 90 day contract period, they’re offered a position with much higher pay. And the job had a different set of duties because the employer is basically creating a new position for the person we placed.

A probation period gives you the opportunity to prove what you’re capable of doing. It also gives you the opportunity to consider if the company’s goals and direction of business align with where you personally want to go in your career. Again, it’s a lot like dating. And trying things out before 100% committing in a professional relationship is often the best way to start… for everyone involved.

Moral of the story

Don’t let the phrase ‘contract to hire’ scare you. You don’t want to miss an opportunity to create an even better future for yourself and your potential employer. 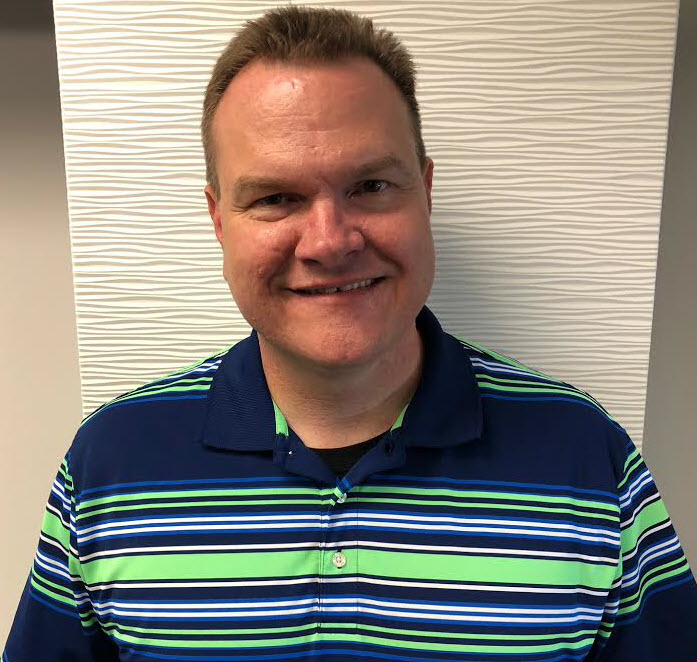 When I first interviewed David Warren, he had a certain salary goal in mind for his future.

He knew it wouldn’t come easy or that he would start in a position that paid him in line with that goal, but he was committed to working his way up.

He began his career at Ceva as a Tech 1, then he supported Document Control with SOP and Production Record processing, and eventually worked his way up to the Document Control Supervisor, which came with benefits and the responsibilities of leadership.

When I asked David about his experience at Grafton he said it had a “family” feel.

He felt we were a team working toward his goals and that Grafton made the process easy for him. It was a new and refreshing experience.

The impact on his career?  He said without Grafton he would’ve never made it with a company like Ceva because he didn’t have the education or the background to sell himself using just a resume.

He needed Grafton to help tell his story for him.

And now, here’s more of David’s story, from the man himself… 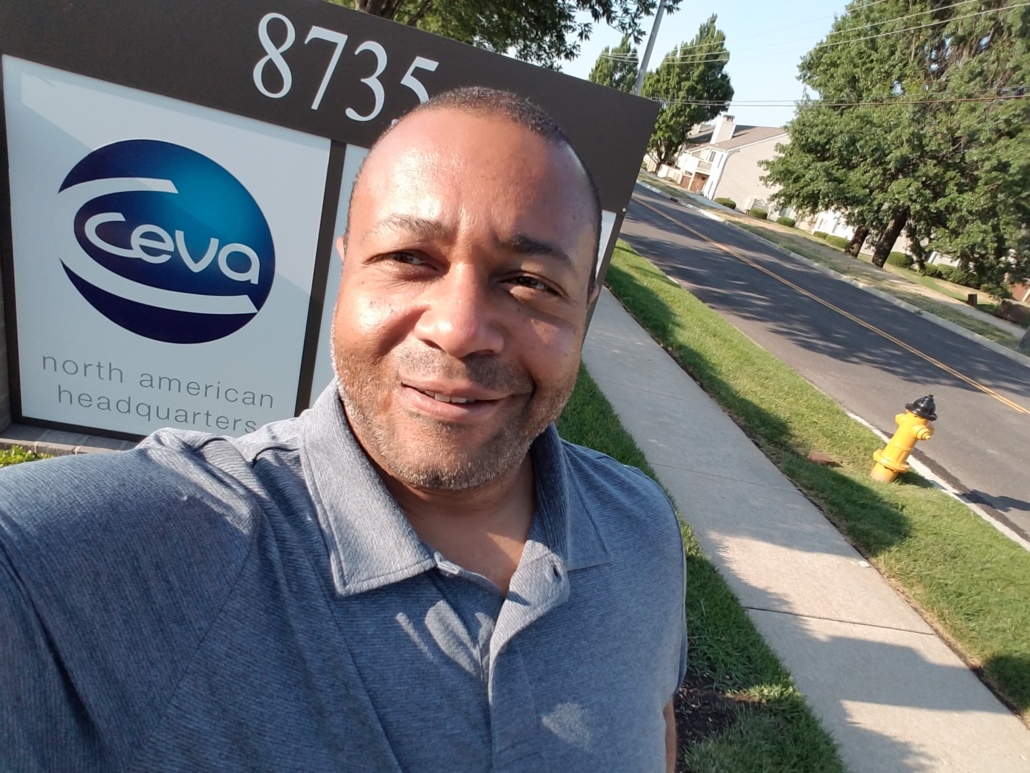 My experience with Grafton was a positive experience all the way around. I had used previous agencies before at different times in my work history, but Grafton was different.

I had worked with a different staffing company prior to coming to Grafton and I’ll just say that experience wasn’t a memorable one.

In visiting with previous agencies, we never really made a good connection.

Because of that, we were unable to successfully exchange information in a way that would allow me to be a good fit for a future employer. In that situation, both parties dropped the ball.

When I got to the Grafton office and had the opportunity to meet Teri and Richard, I was coming in completely willing and open-minded to what they had to offer.

I wasn’t coming from a science-based background (I was a Bail Bondsman/Bounty Hunter for an agency in Johnson County) but had various work experience that could be beneficial to the right group.

Not only did Grafton want to help me find work, they wanted to learn more about me. That information allowed them to put me in the right place at Ceva.

I went through the JCCC training at an odd time. I was no longer assisting as a Lab Tech in Marek’s Lab and had since been moved to the Central Services Group (Nitro Team) by the time I went to the training.

I had a different perspective by that time because I’d been through the lab and was learning hands-on things that I didn’t know.

The classroom experience cleared up some things that I knew, yet didn’t fully understand. What was wonderful was that our class experienced a contamination which allowed our group to do some root cause analysis – just like we had to do at Ceva.

I don’t know what order would’ve worked better – being exposed to the information before entering the lab or going to the lab and then entering the classroom.

What I do know is that I appreciated meeting and learning from Dr. Wolfgram and being educated by the curriculum that Grafton/Ceva had put in place.

Without Grafton, I wouldn’t be at Ceva! The training helped give me a better grasp for the attention to detail, the aseptic technique, the incubation, all the variables that the lab tech needs to be mindful of in the process of biologic, vaccine manufacturing.

Based on my experience, my suggestions for anyone searching for their next opportunity would be the following:

I’d recommend Grafton to anyone who’s ready to take action.

I still have a great relationship with Teri, Richard and Grafton. If I, or someone I know, needed their help, I’m confident they would do whatever it took to provide assistance.